A Profile of John Booth 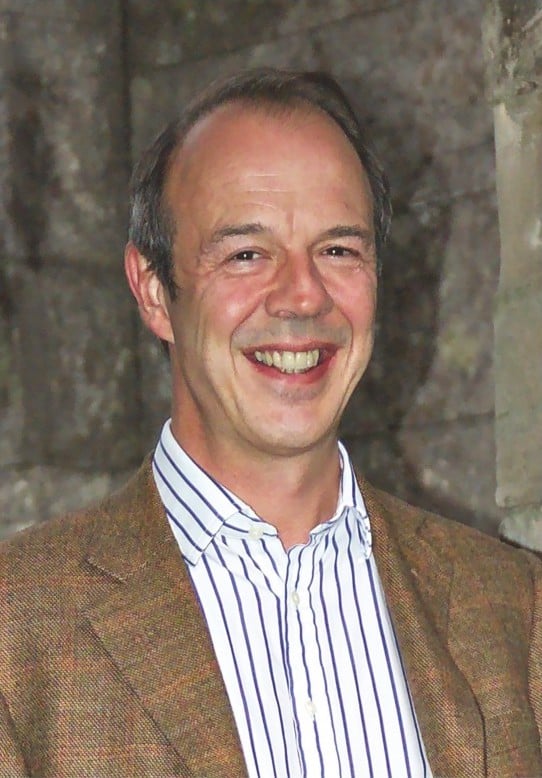 CHURCHGOERS at St. Nicholas will know John Booth as a charming but quite self-contained member of the congregation. He is also on the Parochial Church Council, by virtue of his membership of the Diocesan Synod. But this is just a start – having read and calculated the total number of his multiple and varied commitments, too numerous to list here, I was even more appreciative of his generous input of time to talk about his life and work!

John is a Lancastrian by birth but moved with his family to Somerset when he was eight. That remained his native heath until he went up to Oxford to read Modern Languages at Merton College

John is a Lancastrian by birth but moved with his family to Somerset when he was eight. That remained his native heath until he went up to Oxford to read Modern Languages at Merton College, (of which he is now a Fellow) and thence to London. His languages were Latin and French and I loved his remark that in the 1970’s at Oxford Latin was undoubtedly still regarded as a modern language! His parents were school teachers but both advised him not to go into the teaching profession – this struck a chord with me, as I received the same advice many years ago. John enjoyed his time at Oxford and also spent a happy year teaching English as an Assistant at a Lycée in Chartres. It was made even more enjoyable for him in that almost immediately he met a fellow teacher whose father turned out to be the editor of the Harrap French-English Dictionary (a must for all students of the French language)and who also owned property in Paris. John was offered the use of a flat for the year, enabling him to spend weekends exploring the cultural, and hopefully also culinary, delights of the city.

In the 1980’s the advertising industry had an exciting and contemporary image so on leaving university, John applied for and was offered a job at J. Walter Thompson, on of the leading agencies at that time. There followed two not entirely happy years and, looking around, John saw friends and contemporaries in the world of finance who appeared to be enjoying their working lives more. He therefore changed tack and secured a job at Merrill Lynch, a City giant in the investment-broking field. Finance proved to be his forte. To begin with he was sent by the firm to New York to follow a course of training, thereby gaining valuable knowledge of American financial institutions. This was not long after exchange controls were finally lifted, opening up a wealth of opportunities. John continued to work for large US firms for a number of years which ended with him running the equity business of a large bank and commuting weekly to New York for an exhausting period.

In 1996 John and a friend decided to take a leap into the (comparatively) unknown by forming their own specialist broking business, LINK, working with a number of international institutions in London, New York and Hong Kong. After so much foreign travel it was agreed that John would be the London hub and his younger partner would build the business abroad. His ‘long- suffering’ partner (John’s words) also agreed to John’s wish to devote one day a week to non-profit activities, for i.e. charities. The business was sold in 2009, enabling John to set up a Charitable Foundation and to be a generous benefactor to his chosen charities. These lie mainly in the areas of education, the arts, the Christian religion and include St. Nicholas Church, Arundel.

Thus began an ever-increasing involvement in many different charitable areas. I asked how John had become a Trustee of Chatsworth House, the seat of the Dukes of Devonshire. He was on the Board of Governors of a London Art School, as was William Burlington, son of the present Duke and Duchess. He invited John to spend a long weekend at Lismore Castle in Ireland and ‘bring a dinner jacket as my parents will be there’. It proved to be a happy and enjoyable weekend and not long afterwards, John received a letter inviting him to become a Trustee of Chatsworth. He describes the time he spent at Lismore as ‘a lengthy and gentle interview’!

John gradually became involved in a number of church-related charities including the Shrine of Our Lady at Walsingham and, closer to home, the Chichester Diocesan Board of Finance, of which he was Chairman until recently.

John gradually became involved in a number of church- related charities including the Shrine of Our Lady at Walsingham and, closer to home, the Chichester Diocesan Board of Finance, of which he was Chairman until recently. He is also on the Governing Body of St. Stephen’s House in Oxford, a theological training college.

He is experienced and interested in the starting up of new businesses and has been Chairman of Jazz FM and the London Theatre Company. This is exemplified too in his Chairmanship of the Prince’s Trust. One of its chief aims is to help, support and advise young people starting their own businesses and one has seen many examples of the Trust’s excellent and successful work in this area.

John is also a Trustee of the Tate Gallery and of Pallant House in Chichester, which he describes as having perhaps the finest collection of modern British art outside London. He admits that art is a consuming passion and is himself an enthusiastic collector of mid- twentieth century and contemporary British painting and sculpture. His love of Arundel is enhanced by its vibrant arts and music scene with its excellent and varied galleries and antique shops, the annual Festival and its enticing Gallery Trail, and by the residency of the Hanover Band, a world class orchestra.

Thirty years ago John and his partner, a native of Sussex whom he met when they were both working in the City, decided they would very much like a bolt-hole in which to spend weekends, and thus his first acquaintance with Sussex began. They bought first a cottage by the river at Watersfield, then lived in Amberley for six years before moving to Arundel ten years ago. He is very appreciative of Arundel’s friendliness and sense of community, commenting that we are fortunate to have both St. Nicholas and the Cathedral in a town of Arundel’s size, and to be able to share such occasions as the celebration of Corpus Christi. He derives great strength from the vibrant Christian life of St. Nicholas and its place in the heart of the town, especially in the present anxious time.

On the wall behind John during our Zoom interview was a picture which I asked him to tell me about.

On the wall behind John during our Zoom interview was a picture which I asked him to tell me about. It is a photographic work by Veronica Bailey and shows on a black background a vivid multi-faceted orange stripe. He explained to me that it was the outer edge of a book, namely the notebook of surrealist, Lee Miller, found in the Hampstead Record Office. I certainly needed this explanation but agreed that it was a striking image, the colours not reflected accurately on Zoom!

To sum up, John is a delightful conversationalist and extremely modest about his considerable achievements and philanthropy, an endearing, and I am sure, enduring quality!