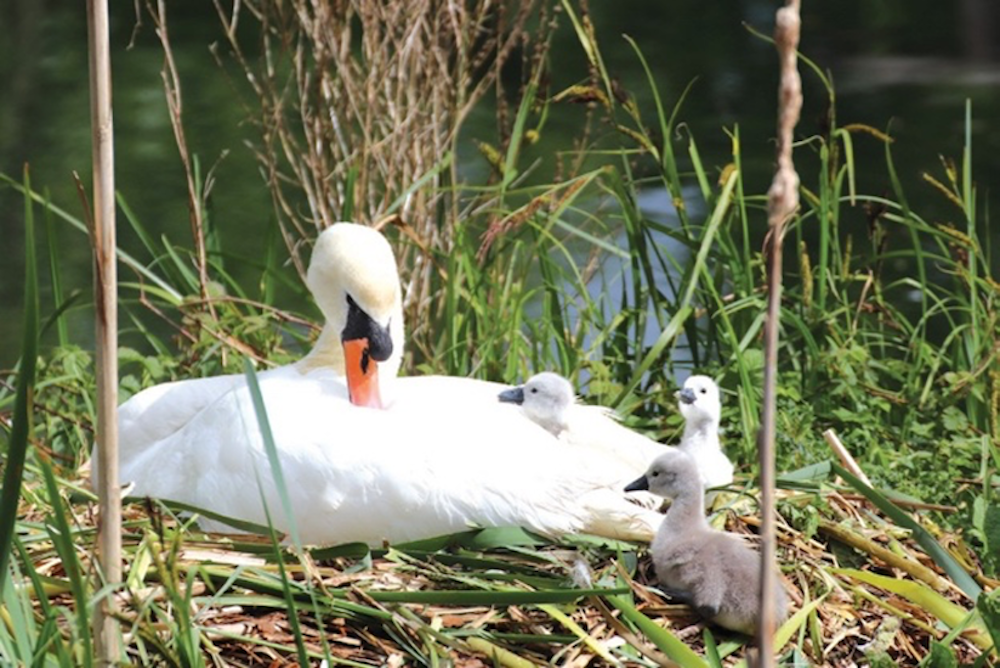 THIS year has been so very different for us all, however one of the highlights has been the success of the ‘Stew Pond’ project and how it has attracted local wildlife and wildfowl, especially providing a safe haven to a family of swans.

It all started back in February, well before the transformation of our lives into lockdown, when a pair of swans (possibly the same ones as last year) decided to make their nest on the strip of land between two ponds. They pulled up reeds, placed them in the water to soak, then bit by bit they both built a substantial nest, raised above the ground and far enough in to keep them safe from foxes etc.

The swans very happily made themselves at home on the ponds, flying across the pond to greet one in the morning. We learnt that that swans generally mate for life and feed off aquatic vegetation. However we wanted to ensure that they were given a balanced diet, so we gave them the recommended nutritious mix of wheat, barley and dried grass pellets with linseed which is thrown into the water to be eaten wet, the best way for their digestion system. 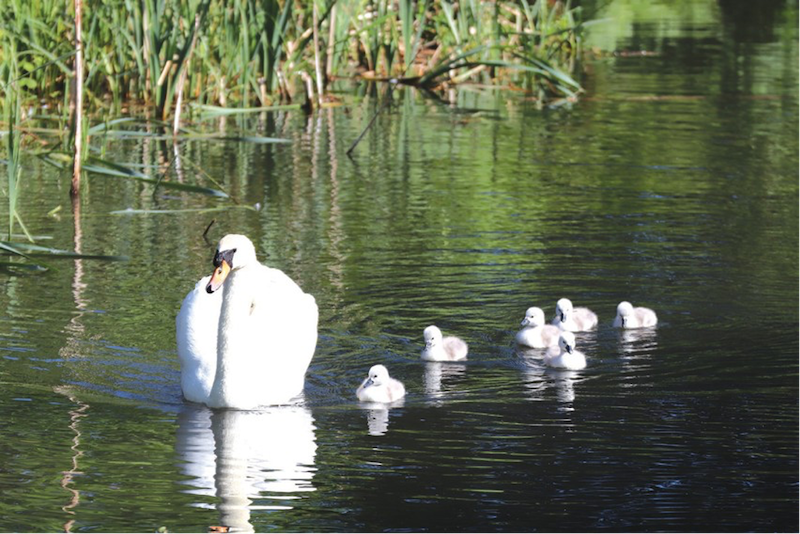 The swans in turn kept a keen eye on our garden team who thankfully were able to work throughout lockdown. The castle garden team put in the pathways and fencing for the project and our two builders, Kevin and Bradley who always work together, along with our Master thatcher Gavin McDonald with his son were able to continue to work hard on building and thatching the roundhouse and boathouse. The swans seemed to enjoy the company especially as the town was so quiet!

This led to the castle garden team being able to have a very different and exciting focus on watching nature unfold and we found ourselves looking more in depth to the life of swans and other birds and insects that would visit regularly.

By the end of March the swans had completed a substantial nest, and alongside them on other side of the middle pond a pair of coots had also decided to make themselves at home with a nest. Remarkably the coots took advantage of the swans nest building and were often seen carefully extracting reeds from the swans nest, blatant theft, however the swans didn’t seem to notice why parts of their nest was disappearing and just patched up where necessary!

Nesting it takes 35-41 days to incubate the eggs so we all kept an eye on the pair, hoping to catch a glimpse of eggs. We noticed that both the female swan, known as a pen, and the male swan, known as a cob initially took it in turns to sit on the nest, but by early April the pen sat very patiently, only coming off the nest to feed if the weather was warm enough. I would put grain in a bowl of water nearby to her nest for the cooler times. She was always grateful, and when she did venture into the ponds on the those warm sunny April days, she always made sure the eggs were covered before entering the water!

On Friday, 1st May 2020 we were all delighted to see the adorable fluffy cygnets peep out from under the pen’s wings. The cob joined in the excitement as the cygnets popped out one by one, becoming more and more adventurous by the minute. On the third day (Sunday) they were all coaxed into the water, with both parents guiding them for their first swimming lesson, all of them looked so confident it was hard to believe they were only three days old! As you can imagine were all so excited to see them swimming in amongst the water lilies, and thanks to technology, we were able to share them with everyone by posting videos on the Arundel Castle Facebook page and website. It got a great deal of social media attention which was wonderful at time when we all needed good news! 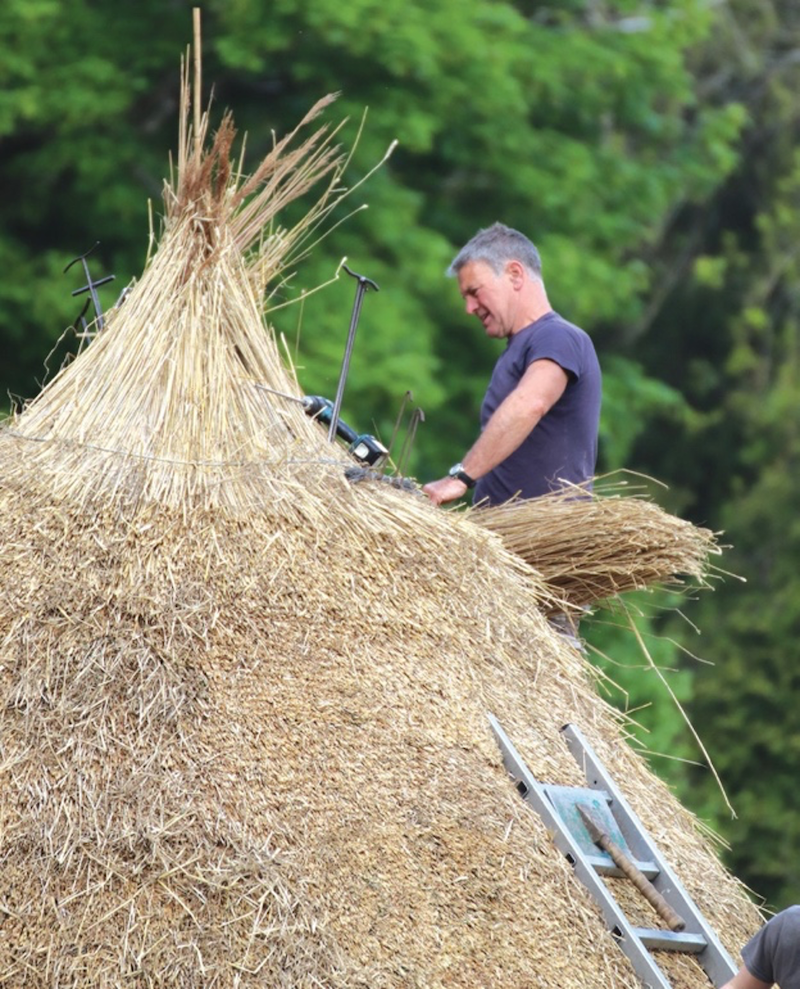 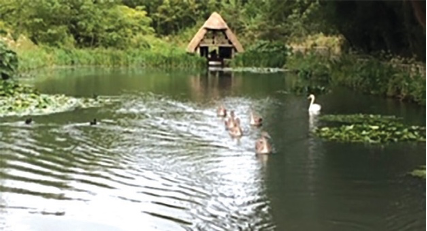 The swans left the ponds to explore the waterways of Arundel Town, especially down Mill Road, but they come back to the ponds every now and then.

September 2020- The cygnets are now unruly teenagers! They are spending much more time back on the ponds, learning to fly. Their feather colours are changing daily from grey to white under feathers. Their parents are still keeping them in order, and they continue to be a major part of the Arundel Castle new water gardens. Our visitors love them and they seem to know when to swim off into the waterways of Arundel Town, especially along the Mill Road stream, to attract our weekend visitors when it’s at its busiest!