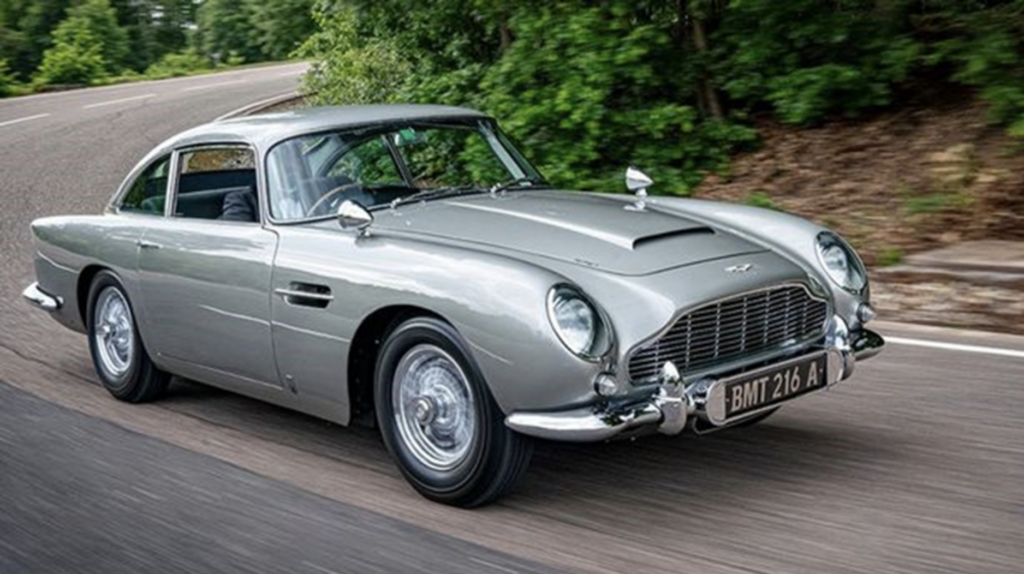 Calling all 007 fans! Join us at Amberley Museum on the 25-26 September, for an exciting event in anticipation of the new James Bond film ‘No Time to Die’.

What is this event?

To celebrate its starring role in the 1985 film A View to a Kill, Amberley Museum is holding a James Bond Weekend on the 25-26 September. The event will co-incidentally precede the release of the 25th Bond film No Time to Die. There will be something for everyone with appearances by stuntman and actor Derek Lyons, Aston Martins, a children’s code-breaking trail, films and music, and the event will especially appeal to anyone with an interest in Bond movies.

What can visitors see and do at the James Bond Weekend?

The scenes leading to the blowing up of May Day, played by Grace Jones in A View to a Kill, were filmed at the entrance of a quarry tunnel near the Museum’s ‘Brockham Station’, which appeared as Main Strike Mine in the film. The original Zorin Industries locomotive and trucks that featured in A View to a Kill will be running in and out of the ‘mine’ entrance over the weekend.

Derek Lyons, who was a stuntman and actor in several Bond films, including A View to a Kill, will be reminiscing about his experiences and signing photographs, together with other Bond experts. Amberley excerpts from A View to a Kill will be shown as well as archive footage of the filming at Amberley and a BBC interview with Roger Moore on the set at the Museum in 1985.

New James Bond story boards near the ‘mine’ entrance will be unveiled at 11am on Saturday by Ian Dean, the first Director of Amberley Museum, who was present at the filming.

Aston Martins from the AM Owners Club will be on show during the weekend with a cavalcade around the Museum site at 2.30pm each day.

Youngsters will also be entertained by a new Codebreaker Trail.

Enjoy cocktails and live music from 4pm each day: Vintage Candy, a Sussex based duo, will entertain visitors on Saturday and on Sunday Sarah Sussex Violinist will perform some exciting violin interpretations of Bond and other cinematic theme music.

The Museum will open at 10am and the event will run until 6.30pm on both Saturday and Sunday.

The Limeburners Café at the Museum will be open until 5.30pm, with seating both inside and outside on the Café terrace and you may also bring picnics. The site is wheelchair accessible, and dogs are welcome on a lead.