Messages from the Churches 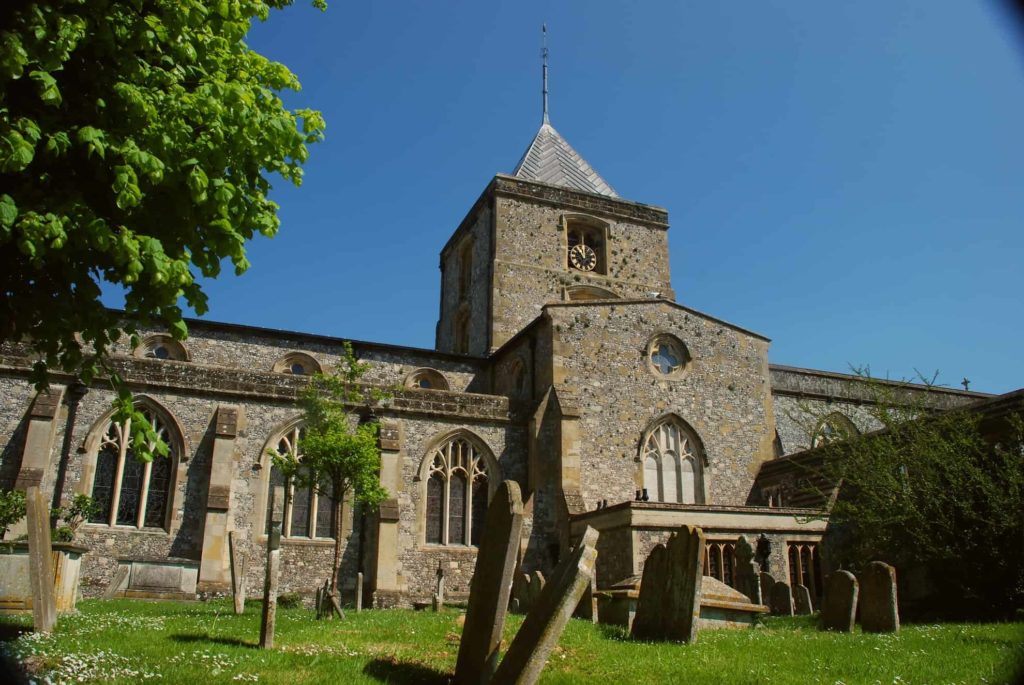 FOR some reason when I was thinking about this Christmas’ reflection the story of the Presentation of Christ in the Temple kept coming back to me. We can find the biblical record of it in Luke 2, and I encourage you to read it. Technically speaking the story happened 40 days after Jesus was born but I think it carries a profoundly important Christmas message. 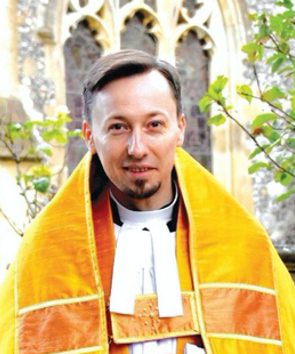 The first scene of the story happens in the Temple of Jerusalem when, according to the Jewish tradition Mary and Joseph bring their new born child to the Temple, where they show “present” Jesus to God and the priests offer a sacrifice prescribed by the law of Moses. This very first scene, this lively image of Jesus being brought into the Temple unfolds before us a hidden layer of great importance. This newly born child, of no power and of no significance, of no voice and of no importance is being brought to that place which is the religious heart of the nation- and no one notices him, where no one pays any attention. Just as at the moment of his birth in Bethlehem, rejected and forgotten from his first moment among us. The only two people who recognise God who is visiting his people in and through Jesus are Simeon, and Anna, two people standing at the end their lives, who await him and look for him in the crowd at the steps of the Temple. I find this image profoundly moving and challenging at the same time. For this scene is an invitation for us all. An invitation to look around us, an invitation to look inside us, an invitation to look for God who is coming quietly and unexpectedly in the form of a powerless child. God who can easily go by us unnoticed. This is the great paradox of God. The one who is the creator of the universe, the one who holds all the power and might in his hand, comes to us as a powerless child. The one who established the world and is eternal, comes to us in the fragility of his own creation. This is the only way he can fully show us his love for us, when he gives himself to us in Jesus, rejecting his own power and majesty, rejecting his greatness. He’s coming to us quietly, so quietly that he can be unnoticed, even in his own Temple. The story of the Presentation as well as the message of Christmas are the same. They both encourage us to look beyond the obvious, to look for the unusual, for the unexpected; to learn how to recognise the coming of God in those around us. How to appreciate and value the presence of every person we see. In the noise and the busyness of our life, just like in the noise and the busyness in the Temple of Jerusalem, it is very easy to pass by Jesus without noticing and recognising that he is here. So this Christmas look carefully at every one around you. Find the time to stop for a moment and look with attention. Who knows, maybe you will find God in the most unexpected place. I pray you will!

Christmas On or Off?

AT the beginning of September I was driving to the hospital to visit a Church member and I was listening to a debate on Radio 5 Live with Business leaders. The final question the interviewer asked one business leader was this. She said, in a one word answer ‘is Christmas on or off?’ Yes or No? I felt like shouting at the radio, ‘Christmas is definitely on’. When I got home I did something I have never done before, I contacted that Radio programme by Text and said the following, ‘for Christians all around the world, Christmas is definitely on. We celebrate the birth of the Lord Jesus Christ; God come to earth in the flesh. Jesus is Saviour of the world something worth celebrating. I never received a response and probably didn’t expect to.

Some 2000 years ago the world was in turmoil and Israel was under the rule of the Roman Empire, and a young couple called Mary and Joseph travelled from Nazareth to Bethlehem to register for a National census. Each man had to return to the place of his birth. Mary and Joseph were not married but betrothed. A betrothal was a legally binding agreement to marry. One difference with the couple, unlike any other couple, was the fact that Mary was pregnant and the Father to the child was not Joseph. Any young girl then, in such a situation usually fell on very hard times. Joseph stood by Mary which revealed character about him. Joseph would have probably received opposition for his decision. Mary conceived in a miracle of the Holy Spirit; there was no human involvement!

The Lord God revealed to Mary that she had been chosen for the purpose of giving birth to a child, but not just any child. It was to be God revealed in the flesh, in the form of a baby. God further spoke to Joseph informing him to support Mary and the child inside her was to he called Jesus. Matthew 1:21 ‘She, (Mary) will bear a son and you are to name him Jesus for he will save his people from their sins’. Jesus was born to die for the sins of the world – the sins of you and me. The Bible declares that all who call upon the name of Jesus for salvation will be saved of their sin.

Jesus came amongst us as a baby and at the age of 33 he was crucified on a cross – he took on our sin and dealt with it once and for all, as he rose from the dead to live eternally!
Christmas is definitely on! 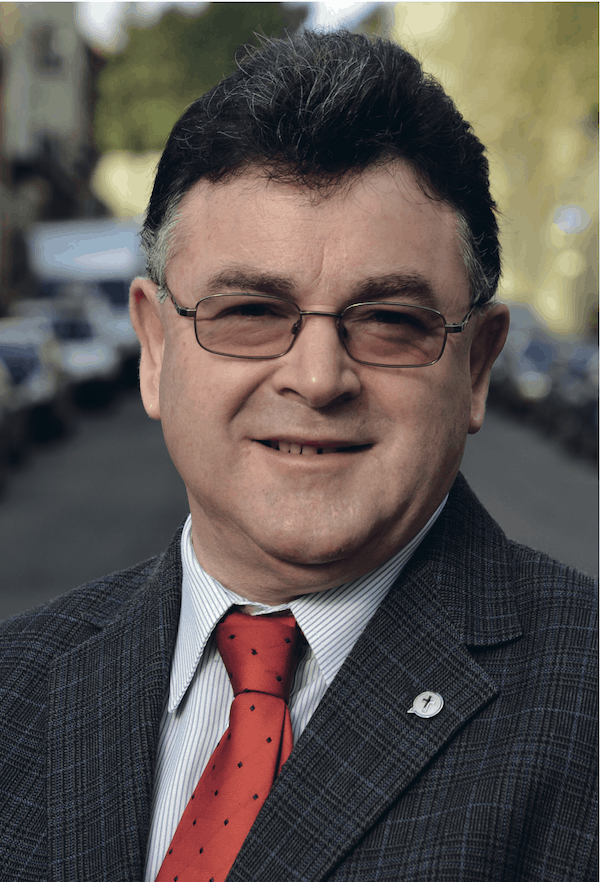 I AM wondering how Christmas will be celebrated this year and how the feast will help us to reflect on the year about to finish. Christmas tends to be a time for people to come together, and that is the main activity that has been discouraged since the Spring. Not too many and not too close has been the idea to keep us all as safe as possible. Transcending that advice and not in any manner to negate it, because it is important, the religious symbols of Christmas speak to us of a different reality. When we look on the crib scene, we can remember Jesus who came to be with us and is always by our side in good times and in bad. Memory is important in the Christian life and the opening lines of the Gospel of St. John invite us to remember the God who came to be with us in Jesus, in these inspiring words The Word was made flesh, he lived among us, and we saw his glory, the glory that is his as the only Son of the Father, full of grace and truth.1

Reflecting on the crib, Pope Francis writes God’s ways are astonishing, for it seems impossible that he should forsake his glory to become a man like us. To our astonishment, we see God acting exactly as we do: he sleeps, takes milk from his mother, cries and plays like every other child! As always, God baffles us. He is unpredictable, constantly doing what we least expect. The nativity scene shows God as he came into our world, but it also makes us reflect on how our life is part of God’s own life. It invites us to become his disciples if we want to attain ultimate meaning in life.2

If you can gaze upon a nativity scene in some way, if you can get a sense of the glory of Jesus, full of grace and truth, the Holy Spirit is inviting you to follow him. Irrespective of how many other invitations you may be able to give, receive or accept this year you are invited to the nativity scene to reflect upon Jesus who is with us always. As St. Augustine says, to trust the past to God’s mercy, the present to God’s love and the future to God’s providence.
With my best wishes for Christmas and the New Year. 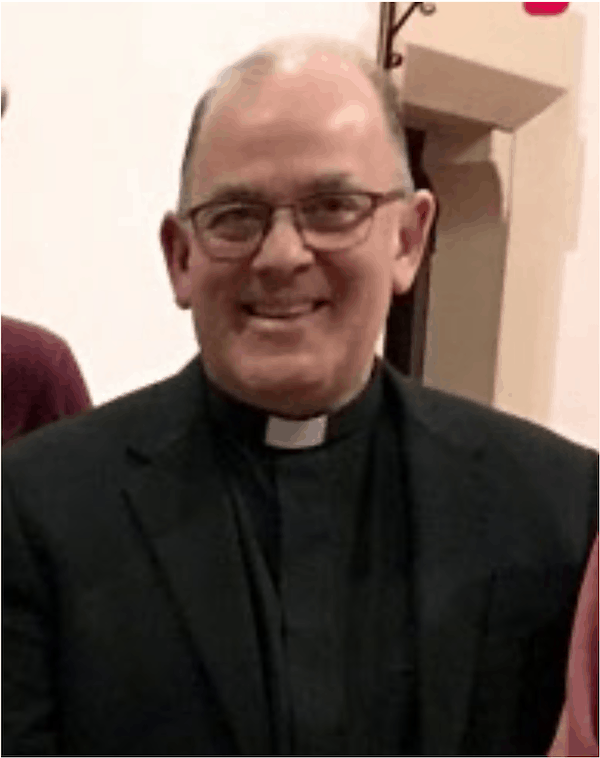