The Development of Mill Road 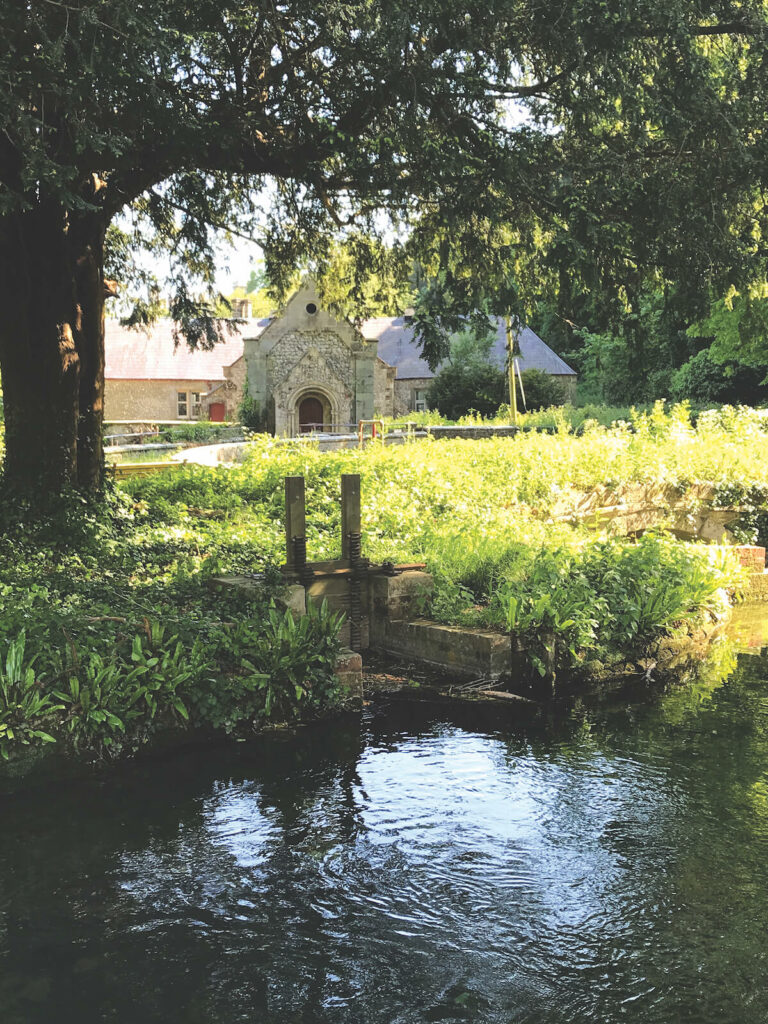 The construction of Mill Road is yet another example of Duke Henry’s 19th century development of Arundel. Oliver Hawkins explains the history of this ever-popular thoroughfare.

HENRY Charles Howard, XIII Duke of Norfolk, succeeded to the title and estates on the death of his father in 1842, and moved promptly from Surrey House in Littlehampton, where he had lived during his father’s lifetime, into Arundel Castle. He’d had a long wait, he was in his fifties when he inherited, and he wasted no time in getting all sorts of architectural projects under way. Inspired by his wife’s spectacularly wealthy family – his father-in-law was the richest man in England – he set about refurbishing his houses and erecting the most splendid agricultural buildings. Following a fashion of the time, and doubtless encouraged by his wife Charlotte, he built the picturesque, Jacobean-style Swanbourne Dairy on the site of an old water-mill by the lake. The Dairy was designed by the Duke’s architect Robert Abraham, who was responsible for a number of significant buildings including the Town Hall. It was fully functioning, providing milk, cream, butter and cheese for the castle, and provided an impressive showpiece for the Duke and Duchess’s visitors.

The Dairy’s many admirers included Queen Victoria, on her visit to Arundel in 1846, who described taking ‘a nice long walk to a charming Dairy, with a cow house near
it, as well as a garden with a pretty little cottage for the Duchess’s use, all so nicely and cleanly kept’. The Queen’s walk to this rather Marie Antoinette-like haven would have been along a track close to the Castle walls. The Duke’s father and grandfather had tried without success to purchase the adjacent fields known as Burgesses Brooks, owned by the Town, in order to put in a proper road, but without success. Henry Charles, never a popular figure in the Town, not least for his closing the Park to the public, made no further progress, and the grandees of the Castle had to carry on putting up with the shouts of carters rumbling past under their windows.

When, following his father’s brief years as XIV Duke, Henry, ‘Our little Duke’, took over, relations with the Town became more cordial. Henry was as enthusiastic 26
a builder as his grandfather, but more concerned with civic responsibility, and more prepared to negotiate. Where Henry Charles had disgraced himself by making Trump-like remarks at agricultural dinners – suggesting in all seriousness that the poor who could not afford bread should eat curry, because at least that would warm them- Henry set about working with, not against the Town. He served on the Town Council, and one can imagine him sitting down with the Councillors and working out how best to put in a new road, opened in 1892, and how to effect a transfer of the fields in question. In the end the Town agreed to exchange the 97 acres of water meadows for 44 acres of land on the western side of the borough, plus £31,000 in cash. Everyone was so pleased with the outcome that Henry was elected Mayor.

The construction of the road involved running right through the remains of what had been a medieval Dominican Friary. The Black Friars, as they were generally known, were concerned principally with preaching and education, and had set up in the town in the mid-thirteenth century, possibly with the support of Isabel, Countess of Arundel. In Duke Henry’s day the site was mistakenly believed to be that of another Arundel institution, the Maison Dieu Hospital, a kind of welfare centre for the aged and infirm, associated with the Fitzalan Chapel and in fact located next to it. It is somewhat surprising that Duke Henry and his architects, with their profound interest in medieval history, had not spotted the misattribution, which had originated in an article published in 1793, and it was only in the 1980s that the architectural historian Dr Tim Hudson was able to put the record straight. The remaining parts of the original Friary, built of ‘clunch’ blocks of chalk with flint facing, now form the defining feature of the Jubilee Gardens, with further, less dramatic remains extending to the other side of Mill Road.

Whether it was Henry’s own idea to line the road on both sides with lime tees is not known, but the effect is magnificent, producing a gently curving avenue with streams on either side, linking the centre of the town with the lake and beyond.

On one side there is the looming outline of the Castle, on the other views across the meadows to Burpham and the Downs. There are doubtless residents who can still remember the lines of soldiers’ tents running along the adjoining fields, not of English bowmen on their way to Agincourt, but of Canadians on their way to the ill-fated Dieppe raid. There was at one time a good chance of spotting water voles on the banks, until they were ousted by a more aggressive species of rodent. If Queen Victoria were to take a walk down to Swanbourne Lake today she would find that the Dairy is now a private residence, but that the road gives access to an impressive variety of amenities – the Museum and the Norfolk Centre, the bowling club and putting green, the football club, the children’s playground and the tennis courts, the boating lake, on to the Wetland Centre, and ultimately the Black Rabbit pub. Arundel’s historian G W Eustace, writing in 1922 about the changes that had taken place in the town, salutes Duke Henry’s efforts: ‘Of the substitution of the new road to Swanbourne for the old Mill lane it may be said unhesitatingly that it would be difficult to overestimate the advantages thereby secured to the town’. The enthusiasm with which Arundelians today have responded to the appeal for replacement lime trees, as reported elsewhere in this issue, indicates that they are in full agreement.