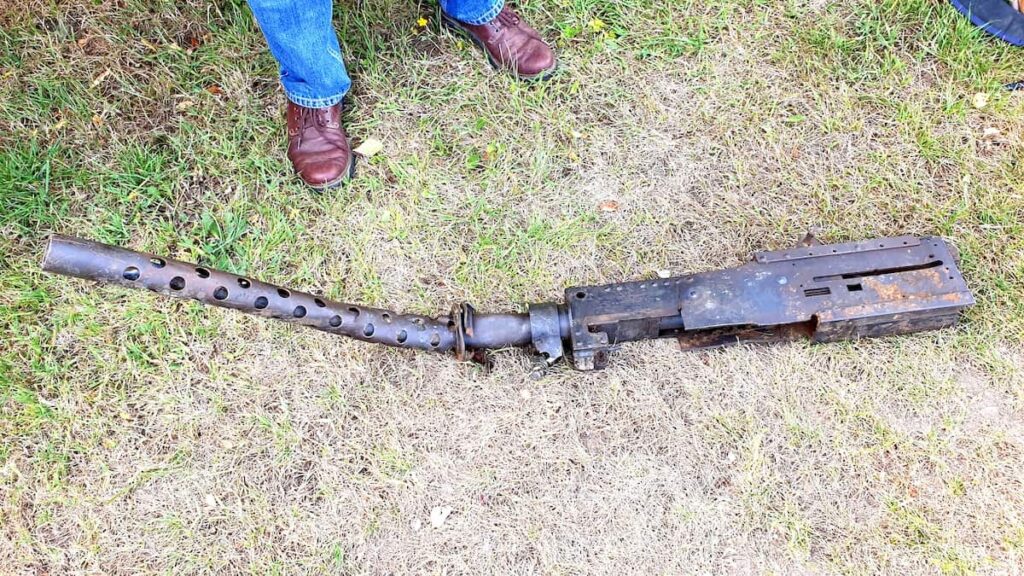 In early 2022 Arundel Museum will be running an exhibition dedicated to the two Second World planes which crashed on the outskirts of Arundel.

ON Thursday 22nd June 1944, an American B-24H Liberator bomber belonging to bomb squadron 489
flew from its base in Halesworth Suffolk along with 42 other aircraft of the US 2nd Bomb division. Officially designated the “Liberator,” the square shaped B-24 could easily turn into a death trap. It was hard to fly with its stiff and heavy controls, and so earned the crew’s nickname of the “Flying Coffin.” On this mission, it was to prove just that.

Their target was an airfield and Luftwaffe signal depot

Their target was an airfield and Luftwaffe signal depot at St. Cyr near Versailles to the southwest of Paris. As the plane approached the target it was hit hard by flak.

2nd Lt Herbert K. King described what happened. “As we passed over the target, about 19:00, we were hit very hard by flak which tore out all the controls except those to one rudder and one elevator.’ The aircraft was now in serious trouble, having lost height and so badly damaged the pilots had only a limited ability to control it.

Their intention was to try to make it back to England, if possible, even back to base, but they were forced to drop to an even lower height. By a feat of incredible airmanship, the pilots managed to nurse their badly damaged aircraft back across the English Channel to the coast near Elmer in West Sussex.

Staff-Sergeant Roper remembered: “Shortly after reaching the English coast, the co-pilot gave the order to bail-out. Six of us went out the escape hatch and the navigator went out the nose. I watched the ship go down and burst in flames before I opened my chute.” The aircraft crashed at Park Farm, Arundel at 20:15 hours on 22 June 1944.

Park farm is on the Norfolk Estate just off the A27 and close to the Trout Farm. John Seller, whose son James now runs the farm, was a 10-year-old boy at the time. He heard the crash and ran to investigate.

Of the ten crew members, three died when the aircraft crashed landed. The three who died were: William B. Montgomery, John J Crowther and John Holoka Jnr. John Crowther’s body was identified at the time of the crash and repatriated to the United States where he was buried.

The bodies of Montgomery and Holoka were never discovered. In 1917 the United States Defence POW/ MIA Accounting Agency (DPAA) and the American Veterans Archaeological Recovery (AVAR) arranged with James Seller at Park Farm to excavate the site in order to re-patriate the remaining missing airmen.

Arundel Museum will hold an exhibition about the Liberator, outlining the mission, the crew and the two excavations that took place in 2017 and 2021. It will feature footage of the Liberator in flight, recorded eyewitness accounts of the crash including the recollections of John Seller and many of the artefacts found including a 50mm machine gun recovered during the excavation, pictured here. 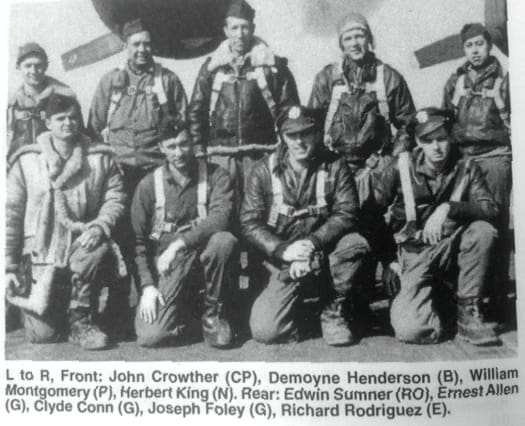 The exhibition will also tell the story of the Junkers 88 that crashed at Swanbourne Lake, near Arundel Castle during the Battle of Britain on 13th August 1940 at 6:30am. It was a twin-engine Junkers 88 A-1 that was taking part in an air raid on Farnborough in Hampshire. Two of its four- man crew survived to be taken as prisoners of war and two died. The bomber was shot down by RAF Hurricane fighter planes from 43 and 601 Squadrons, which were based at Tangmere Airfield near Chichester.

The bomber smashed through some beech trees on the west side of the Lake, ripping itself apart with its engines being torn off as it hit the footpath, while the rest of the airframe continued into the far end of the Lake. Parts of the plane’s wreckage could be seen when the Lake dried out in 1989. A few fragments of the bomber are on display in Arundel Museum and one of the defused bombs recovered from the wreckage many years later can be seen at Arundel Castle.

The Junkers 88 bomber was from Stab II/KG 54 of the German Air Rorce, the Luftwaffe. The surviving crew members were Oberleutnant Rose and Unteroffizier Scholz, both bailed out and were captured unhurt. The two who died were Feldwebel Bickel who bailed out but died because his parachute caught on the bomber’s tail, and Hauptmann Strauch who bailed out and was discovered mortally wounded in a tree in Worthing. Feldwebel Bickel and Hauptmann Strauch are buried in St. Andrew’s Churchyard at Tangmere.

Unfortunately, I was four months too late to prevent the item being sold for $8,000 at the auction on May 18, 2021 by Dan Morphy Auctions on the liveauctioneers.com website.

I phoned Morphy Auctions, briefly explaining that they had, ‘unknowingly’, sold this stolen item at one of their auctions and asked what we needed to do to get the item returned to Arundel Museum, the rightful owners. They asked me to put the info into an email which I did but then I heard nothing. I chased them up a couple of times before receiving a very curt one-sentence reply saying, ‘Unfortunately, we are no longer in possession of the item’.

Chris Boyce, a retired lawyer at Arundel Museum investigated the legalities of the situation and surprisingly, there is little one can do without potentially investing a large amount of money to commence legal proceedings. The laws around such matters are far from black and white and the fact this took place in the USA just adds to the complication.

After spending such a long time tracking down the item, I struggle to understand that although it can be proved to be stolen, the true owners have little chance of it ever being returned to them.
If anyone has any suggestion about what could be done, please contact me direct at kiasu1960@gmail.com