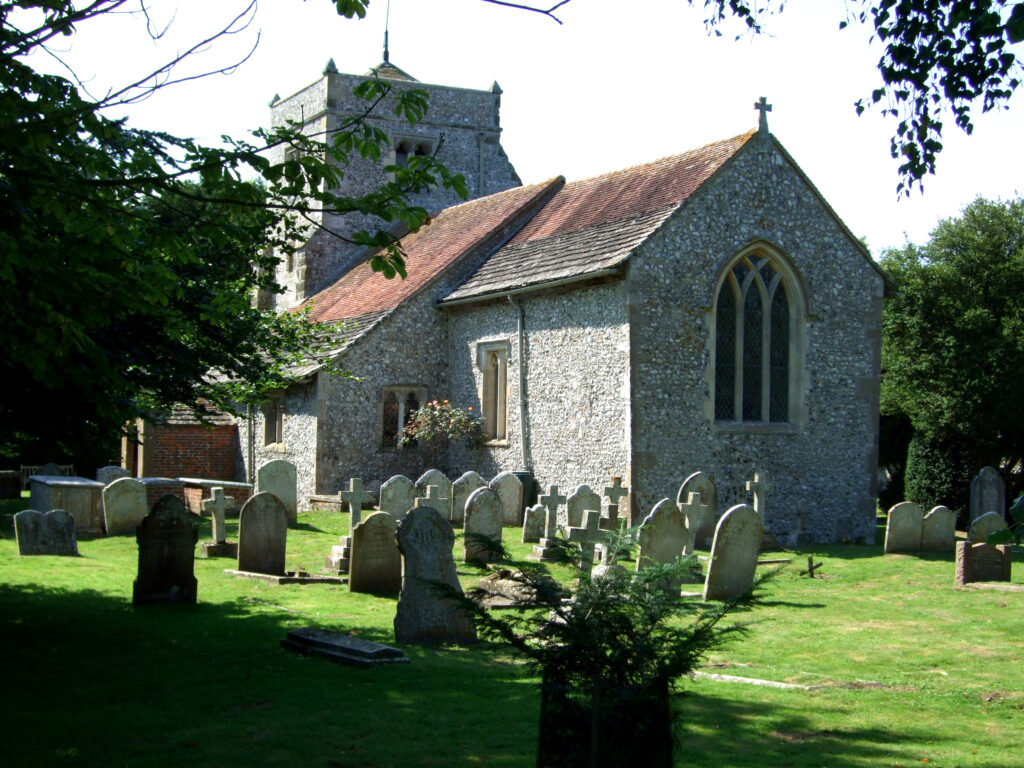 Old settlements with lots of history 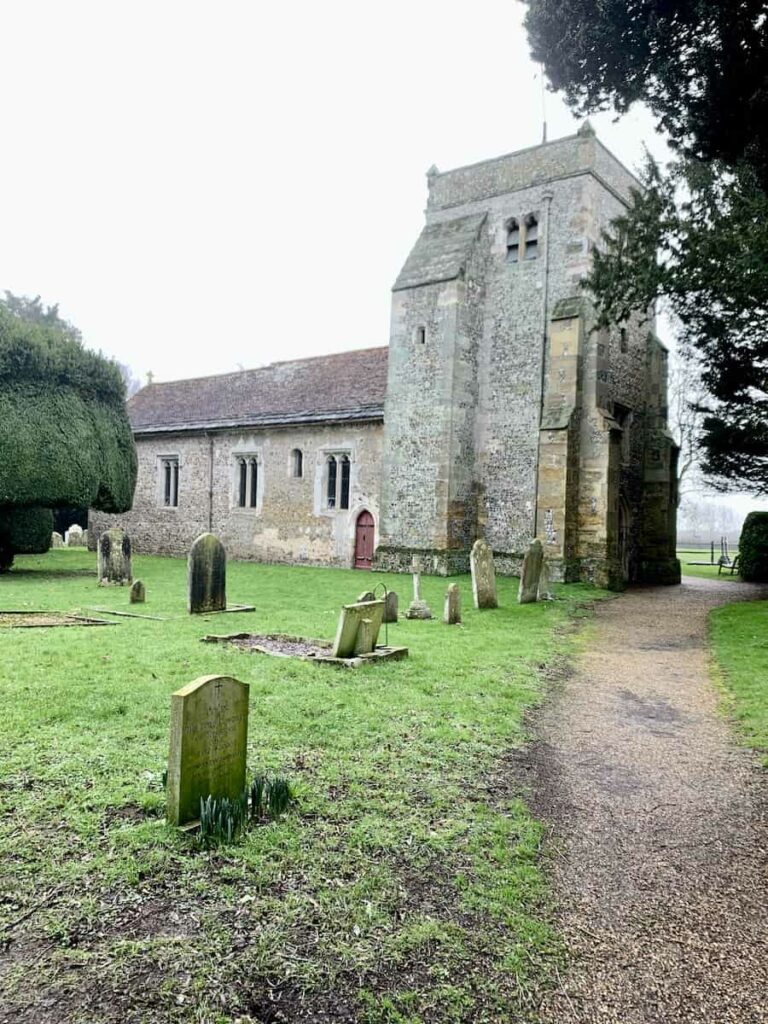 Just two miles southeast of Arundel, you can visit the hamlet of Poling. There is evidence of a settlement on this site as far back as 2,000 years ago. Inside the village church, St George’s, you can see the only Medieval poor box in the country. It is bound with iron and dated 1285. It seems the mason who carved the stone on top wasn’t very good at spelling!  In the churchyard, look for the grave of Alice Woollridge who died in 1740. Her gravestone inscription starts, “The World is a round thing and full of crooked streets …..” You will have to visit yourself to read the rest. The famous cricketer Colin Cowdray is also buried in St George’s churchyard.

Traces of a large Roman Villa were found in farmland southeast of the village, which at that time was close to a navigable inlet of the River Arun (long silted up now!). If you walk the footpath from Poling church across the fields to Angmering Church, you will pass right across the remains of this villa.

In World War II, a radar station was situated in Poling and the village was heavily bombed. The village recently bought the original RAF ‘Scramble’ bell, which was used to raise the alarm during attacks. The bell will now be returned to its rightful home. 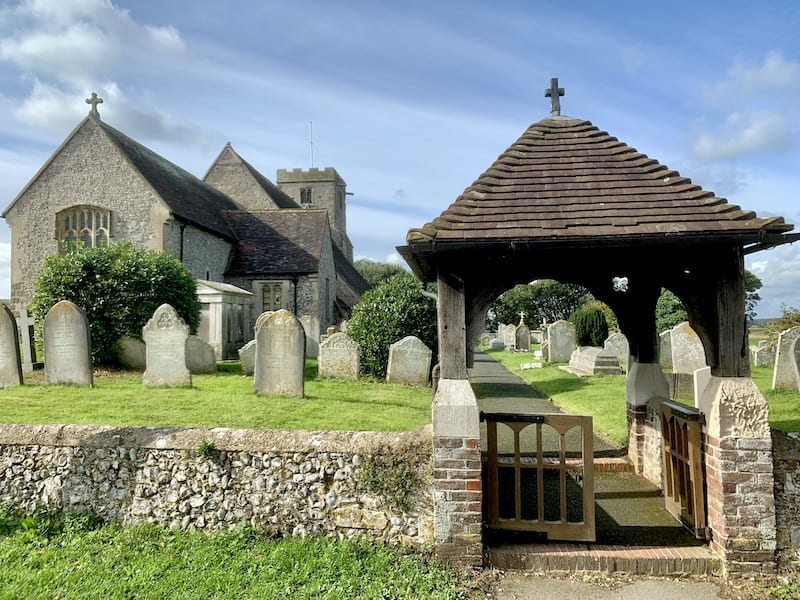 Just two miles south of Arundel this settlement dates back to at least the 9th Century and was even mentioned in Alfred the Great’s will. Lyminster is famous for the tale of the Knucker Hole. Legend has it that this deep pond was home to a fearsome dragon, who terrorised the neighbourhood from his watery lair.  King of Wessex offered the hand of his daughter to whoever could slay the beast. There are two stories about what happened next. Either, a gallant knight slayed the beast. Or, (as locals will still tell you) a local farm boy called Jim fed the dragon a poisoned pie. In Lyminster’s St Mary Magadalene church, you can see a Norman coffin slab called the Slayer’s Slab which is supposed to be from the tomb of the dragon slayer – whoever he may have been! You can still walk past Knucker Hole, along the foothpath behind the church, but the dragon has not been seen for many years…

Keep up to date with Arundel, sign up to our newsletter...