The Victoria Institute, or The Vic as she is affectionately known around Arundel, has had more lives than a cat. And with a little (for which read, a LOT) help from her friends, she is bracing for an exciting future…

A centre for the arts, culture and creativity in the centre of Arundel 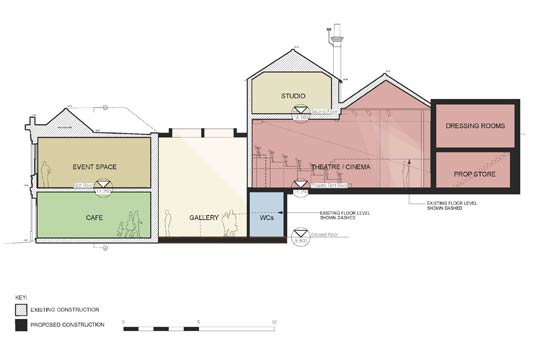 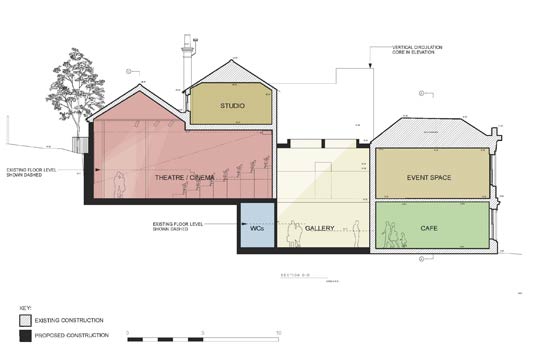 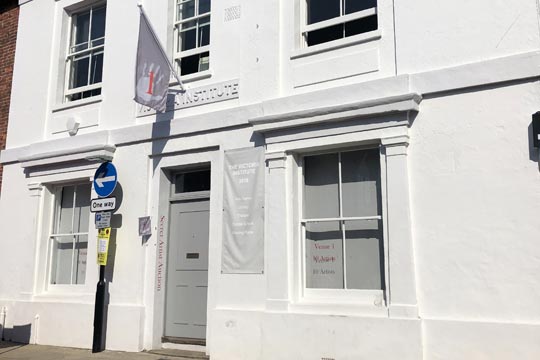 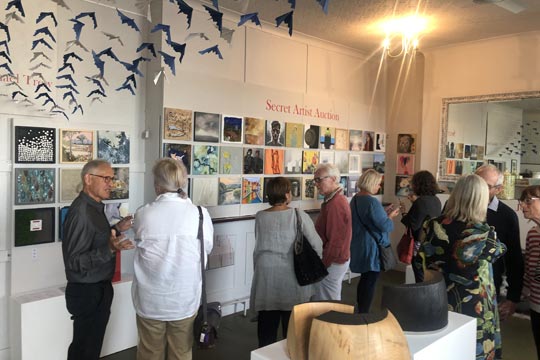 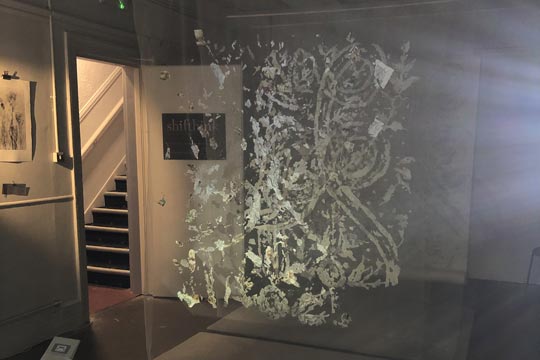 The story so far…

The idea was a good one. If workers could save even a small portion of their earnings, they could move up in life.

The result was the Arundel Savings Bank, built on the site of two former cottages on Tarrant Street, which opened its doors in 1847.

Did the location, opposite one of the busiest breweries and pubs in town, even then known as The Eagle, sway some would-be savers from depositing their wages come Friday?

We will never know.

The bank closed in 1896, and its premises and fittings were sold for £550 to a committee made up of the mayor, aldermen and the burgesses of town; the forerunners of the Arundel Borough Council.

This committee wanted a way to celebrate and commemorate the 60th anniversary of Queen Victoria’s reign; which is why in 1897 the former Arundel Savings Bank was reborn as The Victoria Institute.

Again, this was an attempt to ‘better working folk’. Newspapers were laid out in reading rooms, and a washroom was available for laundry. At some point before 1912, a public bathhouse was built at the back of the building. From 1925, the building housed a new Country Library Service.

It wasn’t long before fun of a different kind filled The Vic’s four floors. “The feeling is that, by this stage, the Institute was more of a private member’s club,” explains Victoria Institute chair of trustees John Paton. “It was probably men only, with a ground floor billiard room, darts and a successful bar.”

“Over the years, it became more inclusive, and we know that by the 1950s The Vic was a community hub,” says John. “For a fee, members enjoyed weekly dances in what is now the Red Room and was then a bar and dance hall. The snooker room was moved up onto the top floor, which is now the studio of resident artist Frances Knight. There were Sunday family meals, with films shown for children, while their parents got on with the serious business of eating and drinking.”

After the 1960s, The Vic was no longer a focus for town’s social activities, and its fortunes dwindled. Despite receiving Grade II listed status for the grand frontage in 1971, work was badly needed to repair the roof, walls and guttering; the loos were failing, and the central heating was beyond servicing.

In the early 2000s, as support declined the building was less used for several years. Only the tireless work of a passionate volunteer group kept The Vic from closing completely.

“When I became involved, the roof leaked like a sieve,” explains John. “In 2014, we volunteers, known as The Friends of The Vic, established a Limited Company and raised funds from both West Sussex and Arun District councils, and the Heritage Lottery Fund.”

The Vic achieved charity status in 2016, and the building has slowly been brought back from the brink. The exterior was redecorated in 2018, the interior was repainted in 2019, and the central heating was re-activated.

“We cleared numerous skips of rubbish from the cellars and courtyard,” says John. “We also managed to pay off outstanding debts earlier this year. And, we have just redecorated the downstairs loos. They are now the finest in Arundel!”

The 1847 lease for Arundel Saving Bank stipulated a peppercorn rent for the land and buildings at 10 Tarrant Street, payable for 1,000 years. However, this rent only had to be paid if it was demanded on the Feast of St Michael the Archangel (the 29th September, in case you are wondering).

Building a future for The Vic

‘A centre for the arts, culture and creativity in the centre of Arundel’

This is the vision for The Vic’s future. “We want to create a modern, inspirational place in the centre of Arundel,” says John. “A place where people of all ages and abilities can connect, learn, enjoy, relax and play, and which attracts outside interest and curiosity.”

To make that dream a reality, a new, improved building is required. “The Vic is a much-loved Victorian building that has served its community well,” says John. “But it is currently at the end of its useful life.” In 2015, The Friends of the Vic commissioned, with Heritage Lottery Funding, the world-renowned architect Tony Fretton to reimagine the building. His designs include flexible, hi-tech spaces; with ecological building methods, carbon-neutral and green solutions used throughout the building.

You can see Tony Fretton’s designs for The Vic in the images above.

However, reality requires money, which The Vic’s trustees are now trying to raise. “We plan to move to a full project development phase as soon as possible,” says John. “We feel that applications to the Heritage Enterprise Fund and Arts Council England are essential to fund our improvement programme,” explains John. “We also want engagement from other major art foundations and would welcome sponsorship from local businesses.”

“The full project is costed at £3.9m, which breaks down into £2.9m capital costs and £345k of project development funding. Contingency funds of £500k are also included, as is £30k for early community engagement and volunteer training.”

No, not ghosts. Despite its rich history, there are no reported hauntings at The Vic. The building is however home to theatre, art, culture and creativity. Drip Action Theatre has been based at The Vic since 2004. In the first-floor Red Room, they have created a studio theatre for their popular productions.

Artist in residence Frances Knight creates contemporary landscapes and seascapes in her top floor studio, in which she also hosts open studio events and classes.

Akin, Arundel’s collective of commercial creatives, launched in The Vic during the 2019 Arundel Gallery Trail. The group now hosts monthly meetings, talks and workshops in The Vic’s rooms.

Also, The Vic’s door is always open for individuals and groups in need of a space. All the rooms are available to hire. “In fact, we rely on it,” explains John. “The money raised from renting spaces goes directly towards our standing costs and future repairs.”

The latest news from the Victoria Institute

Oh, how we all love to be beside the seaside. But is Arundel really a seaside…

Come with us this spring and explore the local bluebell woods. Depending on the…

The latest news from the Victoria Institute 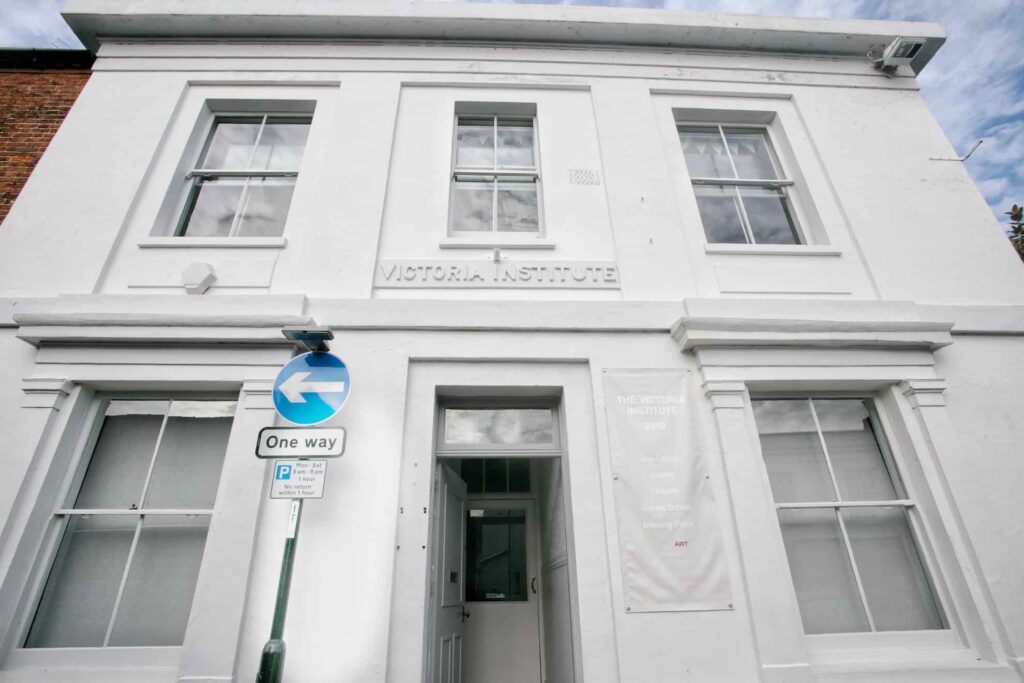 A grant of £40K will enable the Institute to completely refurbish the Red Room (the building’s theatre space) with new lighting, windows and seating, projection equipment and insulation.  When completed, The Red Room will become a more flexible performance space.  The space will be able to support theatre, film studio, cinema, dance floor and music performance.   The grant will also help the Institute create a new website.