Do you think cycling and walking could be safer in and around Arundel?

The Arundel Cycling and Walking Group has formed in response to the Love Arundel listening sessions which indicated huge interest. The core objective is to identify and create key routes for safely crossing town by foot and by bike, and to better connect Arundel with surrounding towns. The priority is safe passage to Ford station, especially for our school children. To do this, we want to create a forum for local people to have their say and to help build the plan.

We want residents of all ages wherever in town they live, to feel safe walking and cycling into and around Arundel or to the stations. 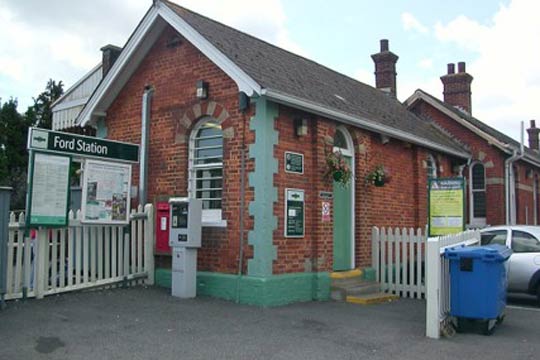 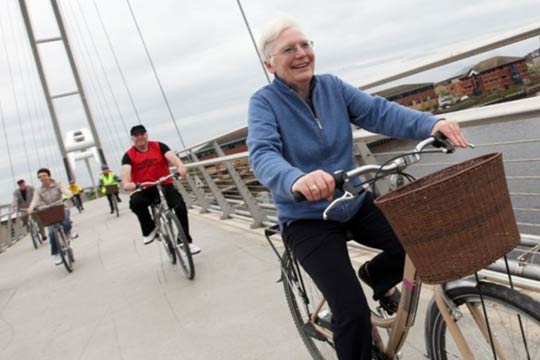 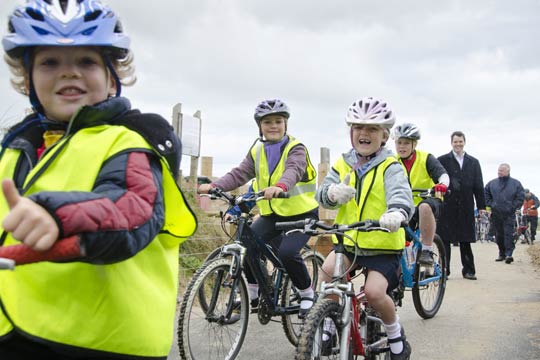 During the Love Arundel listening session held in 2019, residents had concerns about walking and cycling safely in town.

People wanted safe and well-lit foot and cycle paths linking the town centre with the two stations and with all residential areas for day to day commuting. Many of our secondary school children commute to Barnham and Chichester for school and the single biggest ask to emerge from all the Love Arundel feedback was for safe passage along the Ford Road to Ford station.

Arundel was not designed for the car, but it now dominates our town. Being a pedestrian or cyclist in Arundel is not a great experience. There is a strong desire to begin shifting the balance back and to improve safety and comfort for pedestrians and cyclists.

Now is a good time to act

In 2017 the government launched a statutory Cycling and Walking Investment Strategy aimed at doubling cycling activity by 2025 saying “We want to make walking and cycling the natural choices for shorter journeys, or as part of a longer journey. If we can increase levels of walking and cycling, the benefits are substantial.”

At the 2017 launch the government recognised that success would require bringing local people together in each location – including local government, businesses, charities, and the public – the same approach taken in other nations, such as the Netherlands.

To help achieve this Local Cycling and Walking Infrastructure Plans known as (LCWIPs) were introduced. Local organisations and residents working together to identify and deliver the best routes for their own local areas.

If we can create a LCWIP for Arundel, it means we can campaign more effectively for what our town needs. Who knows, we might finally resolve the Ford road problem that has been an issue for decades!

Since Covid-19 the government has accelerated its effort

At the end of June 2020, the Prime Minister announced a series of measures to mitigate the financial impact of the Covid-19 pandemic with a promise to “build, build, build.” To:

So, it is a great time for Arundel to get organised and say what it wants in the form of an LCWIP.

The Arundel Cycling and Walking Group

The Group is made up of councillors local residents who care about walking and cycling and have has volunteered to help create a Local Cycling and Walking Infrastructure Plan (LCWIP).

The good news is there are two friendly organisations who are keen to help us:

If we work together as a community, we will be able to produce a well-considered LCWIP for Arundel.

Residents have waited literally decades for a safe cycle and footpath to Ford station and yet nothing has happened. We think it is time to raise the awareness of the issue and to step up the campaign for action. With plans to build 1,500 houses at Ford, another 90 closer to Arundel and even a new secondary school at Yapton, not to mention the prospect of the A27 bypass, it is plain wrong that there is not a confirmed plan to build this much needed access to Ford station.

We are also excited by the opportunity to develop Arundel’s leisure routes for cycling and walking, and the potential contribution this could make to our local economy.

Would you like to get involved in Arundel’s Cycling and Walking Group?

If you would like to join the project team or be a member of the Arundel cycling and walking group to contribute your ideas please email us at ArundelCWG@gmail.com

The latest news from the Cycling and Walking Group

The latest news from the Arundel Cycling And Walking Group​

West Sussex County Council are about to review their Transport Plan. We know from the work the ‘Love Arundel’ team did meeting our various councils that Arundel’s transport needs have to be included in this plan to even be considered.

It is therefore really important that residents take part in the survey and have their say.

The Arundel Cycling and Walking forum will be participating in the survey and include the Ford Station route as well as others, but it will be more impactful if Arundel residents also have their say. The deadline is 17th December 2020 and the survey will take 10-20 minutes to complete.