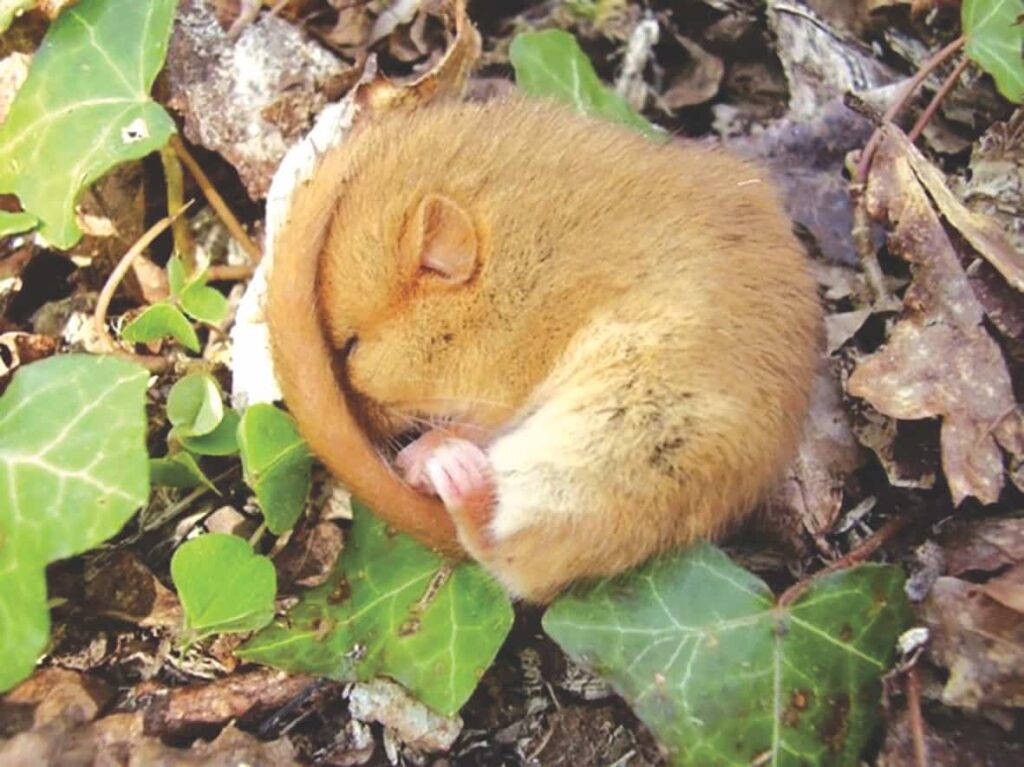 DEEP in the woods of Tortington Common, near Arundel, the race is on to conserve one of the five most endangered species in the British Isles- the Hazel dormouse. The ancient woodlands of the Common are home to a project aimed at both recording the existing population and to creating conditions to make the area a dormouse stronghold. The woods have been largely unmanaged for the years since many oaks were felled in the great storm of 1987 and are now once again being managed with a view to encouraging the habitat in which dormice thrive.

The woods of the Common are abundant in valuable food sources for dormice: oak, bramble honeysuckle and of course, hazel, previously coppiced on the site. Hazelnuts provide a great source of fat for dormice to bulk up for the winter months but dormice also eat a wide range of things, including fruits, pollen, caterpillars, aphids and nuts. A dormouse can live for up to six years. 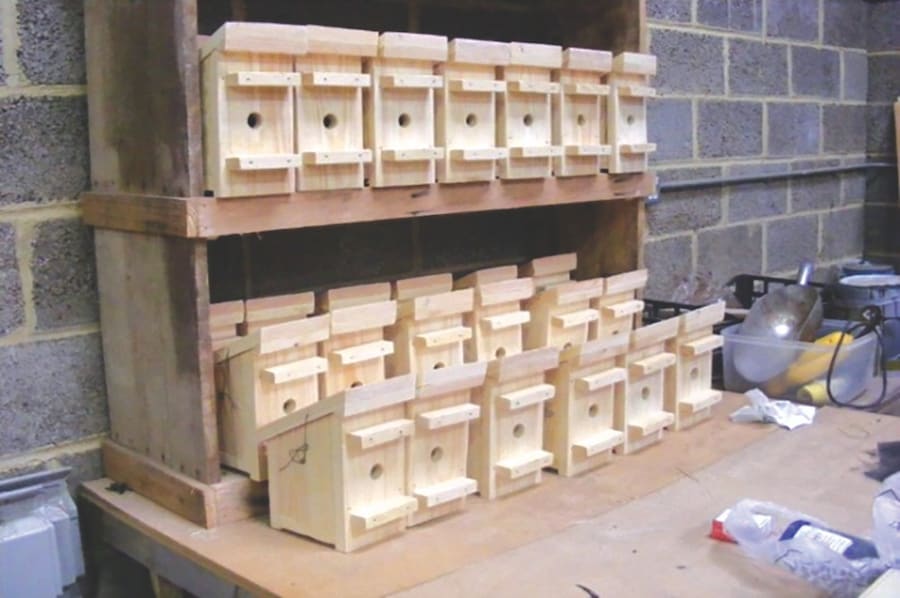 In the summer months they live in the trees and are active mainly at night, sleeping during the day. They are dexterous high up in the wood canopy, rarely coming down to ground level, and due to being double-jointed, can run headfirst down trunks. The body weight of a dormouse can increase almost twofold just prior to hibernation, varying from between 15-20g to 30-40g. Famous for sleeping-their name coming from the French dormir: to sleep- dormice hibernate from late October through to April, often on the ground beneath tree stumps with a tail swept around their face. They seek a damp environment to hibernate as this moderates their moisture loss and helps them keep a low steady temperature through winter. Counterintuitively, the milder winters of recent years do not help the dormouse, as they interrupt hibernation and waking up too often without available food expends precious bodily reserves. While hibernating, a dormouse’s heartbeat drops to one tenth of the normal rate to minimise consumption of energy. 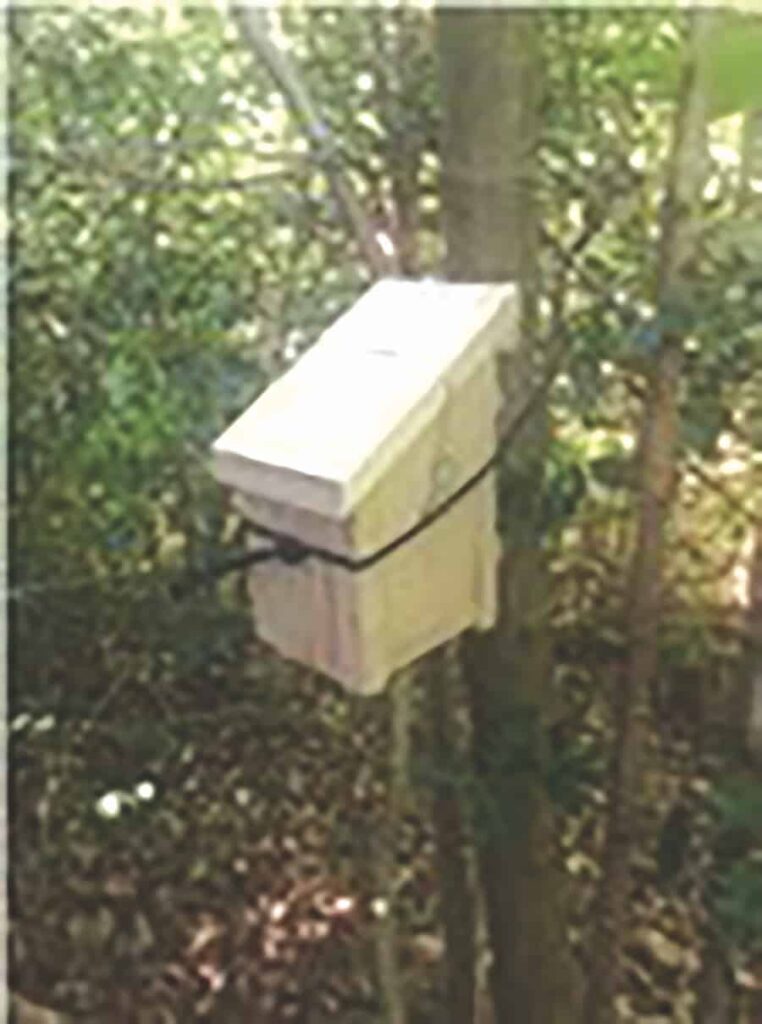 Some 40-50% of dormice die during hibernation. On awakening dormice regain weight in preparation for breeding, weaving distinctive spherical nests and first litters can be born in late May or early June. If foodstuff is limited or weather blocks them from foraging, dormice can save energy by dropping their body temperatures and becoming torpid but nevertheless, the success of the breeding season depends very much on the weather.

Numbers of Hazel dormice are dangerously low and they have become one of Britain’s most threatened mammals. They live in low population densities (three to five adults per hectare) and fragmentation of their habitat has led to a severe decline, particularly in recent years. They have been observed and monitored for two decades in the ancient woodland of Tortington Common, mainly tracked by Ian Powell, principal licensed dormouse surveyor for Arun Countryside Trust (ACT) and his pupils. Their presence here is significant because they are considered a flagship species which means that where dormice exist, the habitat is usually beneficial for an extensive range of other species too.

In 2017 the Common was considered a potential site for a larger scale more formal survey and conservation project. That October ACT members, Ian Powell and Andy Davies, decided to approach Tesco with the intention of raising funds for a small dormouse monitoring project. After a public vote, the scheme generously allocated £2000 in July 2017 to the scheme. Ian then made contacts with HMP Ford, and a social enterprise was set up involving the local community at HMP Ford cutting and assembling dormouse boxes. This meant the funds went much further, allowing a widening of woodland sites involved. Approaches were made to a number of owners of the private woods on the Common, all of whom agreed to support the project. This meant it was possible to build a central monitoring site over the heart of the woodland area and what follows is an account of the year in just one of the woods, a site of some 10 acres. 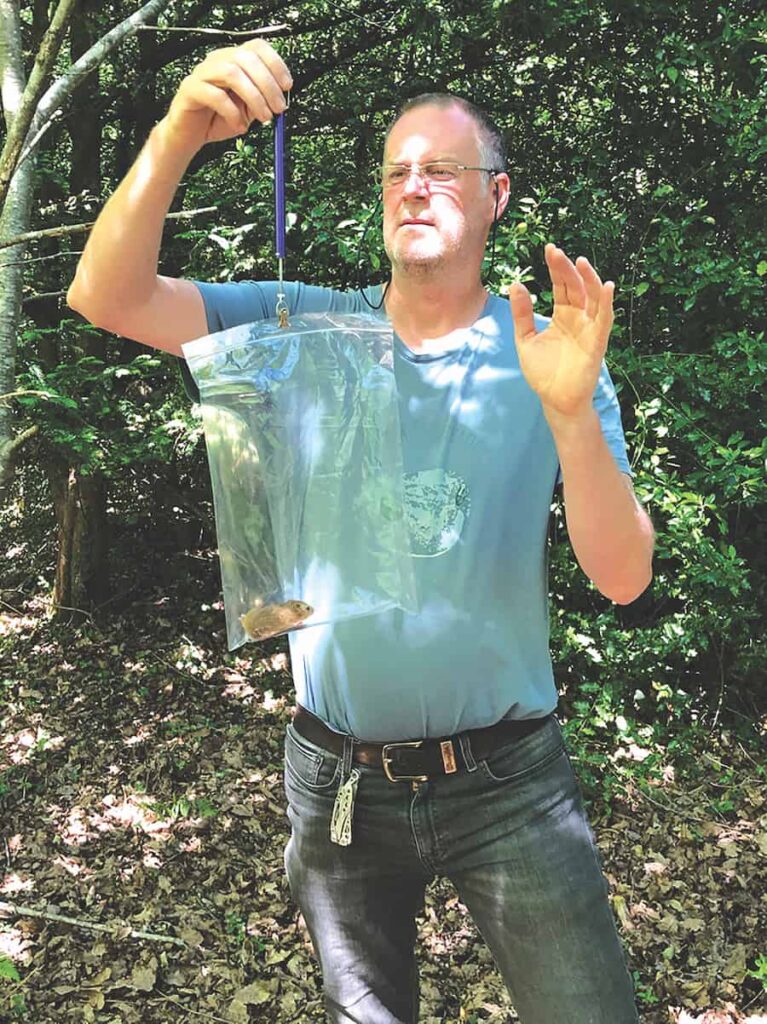 Two HMP Ford inmates, Keith and Alan built the boxes to a very high standard in the prison woodwork shop over the winter of 2018/2019. Alan and Keith were granted day release in the company of a Ford officer to set up of the boxes in the wood. The installation days were a success all round with the boxes numbered and a map constructed of their whereabouts in the wood.

During the first formal survey in January 2020 Ian Powell identified three dormouse nests in the dormouse box complex. Other boxes showed evidence of activity where a few leaves had been pulled into the boxes. An unexpected bonus of the dormouse project survey was the discovery of a fungus on one box that turned out to be Pseudombrophila Merdaria, a first record for the whole of West Sussex. In March the dormouse site was registered with the Peoples Trust for Endangered Species (PTES) with official recognition given to this part of the site in April 2020.

Dormice are strictly protected by law under the Wildlife and Countryside Act 1981. This means that it is illegal for them to be intentionally killed, injured or disturbed in their nests, collected, trapped or sold except under licence. Not only is it illegal to intentionally disturb, but Paul Stevens weighing the dormice also to ‘recklessly’ disturb a protected species. What this means is that boxes on a licenced site can only be checked by authorised handlers. Even well-intentioned intervention can be problematic…for instance a box that appears to have fallen on a tree may still contain dormice and attempting to ‘right’ it may disturb nesting activity. The fragility of the species is such that breaking the law in relation to dormice can attract an unlimited fine or up to 6 months imprisonment.

Plans to monitor the boxes during the breeding season was affected by lockdowns in 2020, but some remote monitoring was possible and images were captured of dormice on several boxes. The next (this time socially distanced!) survey of the year took place in May 2020 by licensed handlers and produced the first live capture of a male mouse weighing 17 grams. The winter 2021 survey showed the same level of nest activity as the first year but these are early days for this site within the wider project on the Common which is now a key dormouse population area in West Sussex.